I recently joined a T1D support group online, and it has been a great tool in sharing experiences and advice.  While appointments with your healthcare team are important, I do believe that there are certain things that only someone who knows exactly your circumstances can understand.  One thing I’ve noticed though, the number of people feeling absolutely defeated is heartbreaking.  I lost count of the number of posts saying things like “Anyone just want to give up?” “Who else doesn’t check their sugar as often as they should?” “Why is my child suffering with this awful disease?” “Why is this happening to me?”  It is so easy to feel that way, and it’s much easier than trying to figure things out every bloody day to stay ahead (I made a diabetes joke there… every day is usually a bloody day because of all the blood, get it?).  Do you ever just want to scream from the rooftops, “WHY ME?”

I don’t because what good would that do.  I’d still be a diabetic at the end of my rooftop show, and my blood sugar would probably be high from the emotional outburst anyway.  That’s the simple reason.  The truth is, I have always had the mindset of why NOT me.  Why would I be spared when so many other people are suffering with much worse?  Long ago, my wise mother said that if everyone stood around the grand canyon and threw their problems in, you would take yours back in a heartbeat when you saw what everyone else is dealing with.  I couldn’t agree more.  There is always someone who is struggling more, and I promise it won’t take long to find those people if you just look around you.  Have you ever walked through a children’s hospital to see all the kids, weak from chemo and poked full of needles, and their parents trying to swallow past the constant lump in their throats?  I have, and one thing the majority of these children have in common is they don’t complain.  Imagine, being a child, going through cancer, and you are the one spreading positivity and joy. I decided long ago that that is exactly how I wanted to be.  There is so much negativity in this world, for goodness sake just run into someone you haven’t seen in a while, ask how they are and let the negativity roll.  You don’t even have to say a word, just sit back and see how many negative things have happened since the last time you were together, and don’t forget to listen intently when they start telling why life just isn’t fair.  No, it isn’t. But nobody ever promised it would be.  You may not have control over your illness, you may not have control over some of the circumstances in your life.  You do, however, have control over the one thing no one can ever take from you, and that is your attitude.

When is the last time you woke up and thought, “Boy, today is not going to be my day?”  I’m going to take a wild guess that you probably had a bad day.  Why wouldn’t you?  You already prepared your mind and set the tone for a bad day.  I won’t let myself do that anymore.  When I was younger, I quite possibly was the most negative teenager on earth.  My dad would always tell me, if you think negative, only negative can come from it.  It took just shy of forever for me to really start believing that and actually doing it.  Now, I find myself telling my 10-year-old daughter the same thing when she says her homework is “just too hard” and that “she’ll never get it.”  I just don’t understand why a 10-year-old wouldn’t listen to her mother (wink, wink!).

Please don’t misunderstand me on this, or think that I feel superior because I have a disease and don’t let it bother me.  I know it’s not easy, and I don’t want to make it sound like it is.  I promise you, it took me over 20 years to wake up to the reality that bad things happen to good people and great things can happen to bad people.  But, once I did get it, life became a little simpler.  The negativity was doing absolutely nothing good for me, so why would I want to continue down that path?  Why wouldn’t I want to do some good for a change, help others who feel exactly the way I did for so many years.  All those posts in my support group, that used to be me.  The lessons I’ve learned through having something life threatening are immense, and call me crazy, but I wouldn’t change it.  My life is what it is because of every day that I’ve lived, and that means living with diabetes.

I choose to see the humor in things, so I try to have a sense of humor about everything, especially T1D.  I could cry all the time, but I like to laugh so I’ll stick with that.  I can’t take sole credit for having this attitude.  My mom was diagnosed with rheumatoid arthritis at a young age.  She was, and is, in constant pain, but I only know that because we talk about it, certainly not because I’ve ever, not once, heard her complain about it.  I can remember being young, and our neighbor Pat would come over to give my mom intramuscular shots of gold with an 18 gauge needle every few days (you’ll cry in pain just googling what an 18 gauge needle looks like).  It was so awful seeing her have to endure that, but she was so strong and never let on how much pain she was really in.  In fact, she would wake up and say she felt like the tin man and that she just needed a little oil to get moving.  Years later, she was diagnosed with breast cancer.  It was such a difficult time, but even through some of the darkest days, she could see the humor in it.  She had a car with a sunroof then, and after chemo one day she couldn’t help but laugh when her hair was just flying right out the sunroof.  Now, that’s the kind of attitude I was looking for.

It won’t happen over night, but if you want to change your attitude, you are the only one who can.  Yes, there will be days when you just can’t muster the strength for positivity, but soon, the good days will far outweigh the bad.  Soon, the bad will creep in just every once in awhile, but you will have so much more strength to say, “Not today old friend.”

Thank you, all, for your interest in my blog and for encouraging me every day to make a difference! 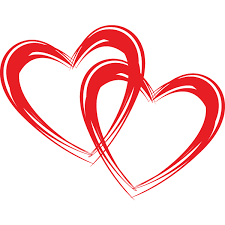